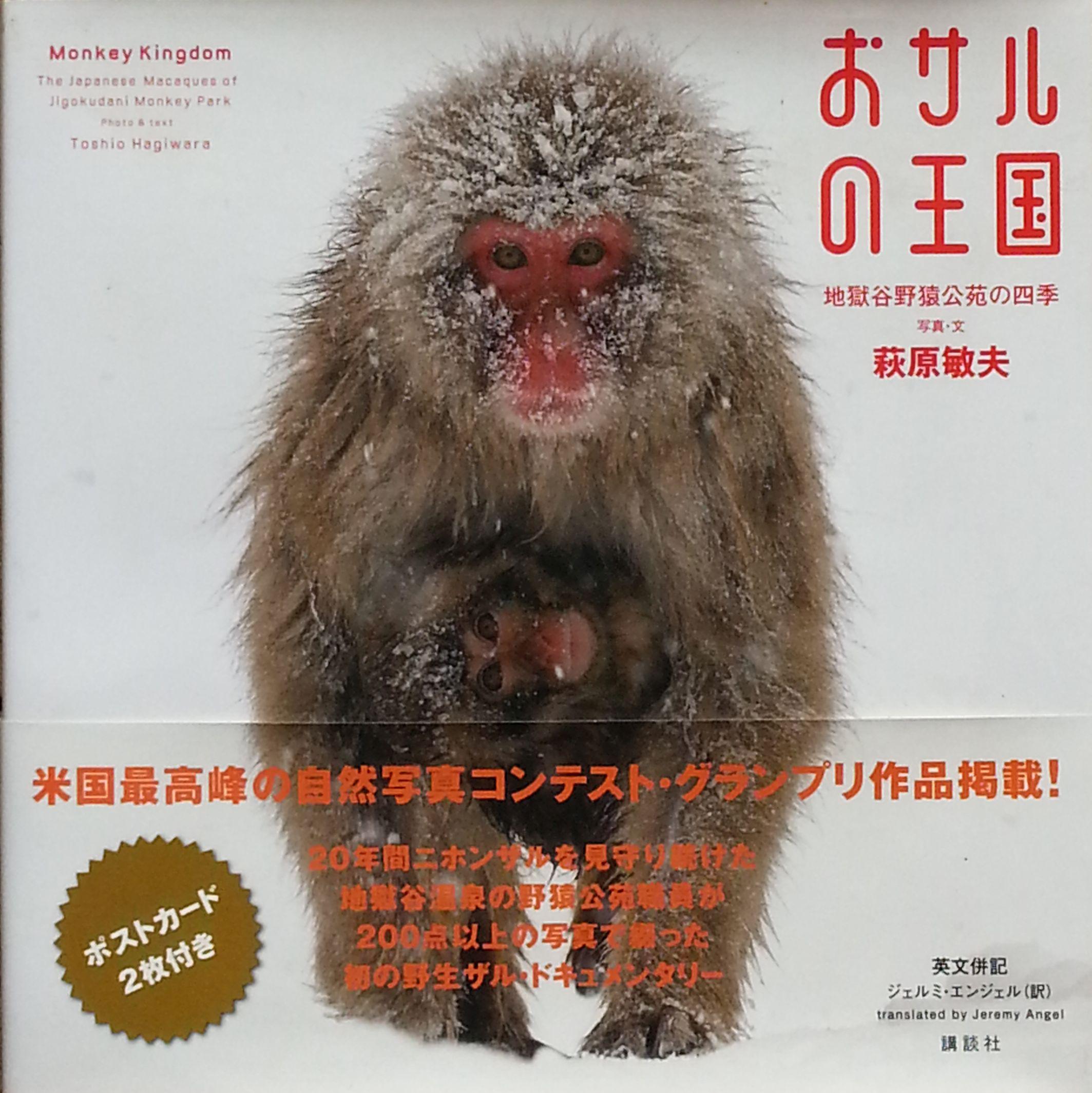 By Toshio Hagiwara, translated by Jeremy Angel
Pub. Kodansha 2007
Monkeys are supposed to have a natural fear of water, but the Japanese macaques inhabiting the steep slopes of Jigokudani (literally “Hell’s Valley”) in northern Nagano are famous throughout the world for their predilection for soaking in the steaming hot springs that give the location its name. Born and raised near Jigokudani, Toshio Hagiwara became an employee at the Jigokudani Monkey Park in 1984, and has been observing and photographing the monkeys and other wildlife in the valley ever since. This is a collection of his photos, including a number of international prizewinners, that depicts the life of the monkeys over the four seasons, with accompanying text in both Japanese and English.