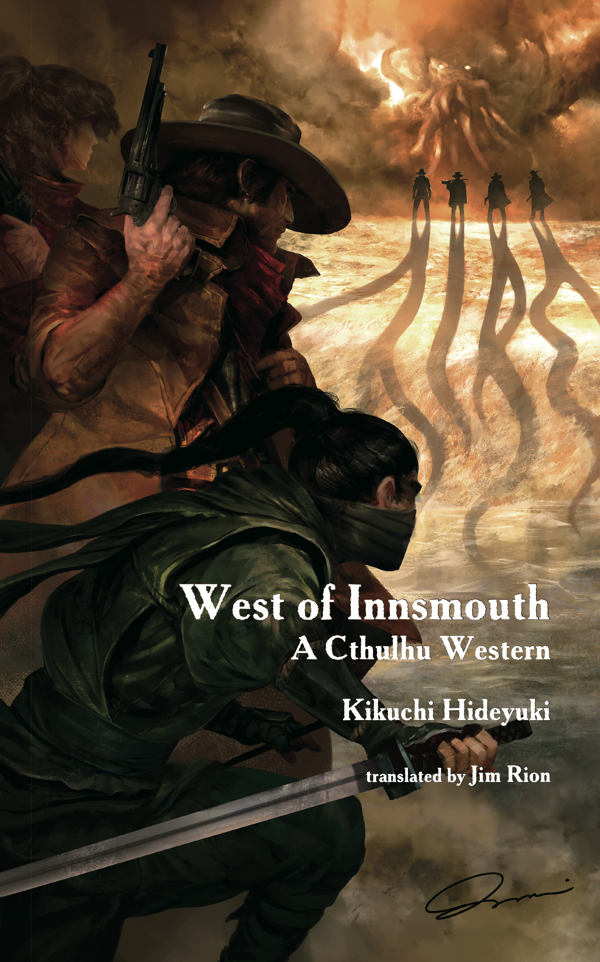 Bounty hunter Shooter searches the badlands of 1880s Kansas for four outlaws—the “Dreams Made Flesh” minions born of the fleeting thoughts of Cthulhu—and manages to shoot one, but the outlaw’s corpse vanishes to leave only mysteries: he shot bullet after bullet, but never reloaded, and his gun was icy cold.

In Dodge City he meets up with Bat Masterson, Doc Holiday, and Wyatt Earp, employing the powers of the Esoteric Order of Dagon to kill the four Dreams before they attract undue attention to the Church’s own attempts to awaken the Master.
The shootout at the OK Corral will decide the victor—and possibly the fate of humanity.

A unique mash-up blending two of America’s favorite literary genres—the western and the Cthulhu Mythos—with a dash of Japanese ninja for added zest, brought to life with the humor and bold imagination that made his Vampire Hunter D series such a success in English translation.