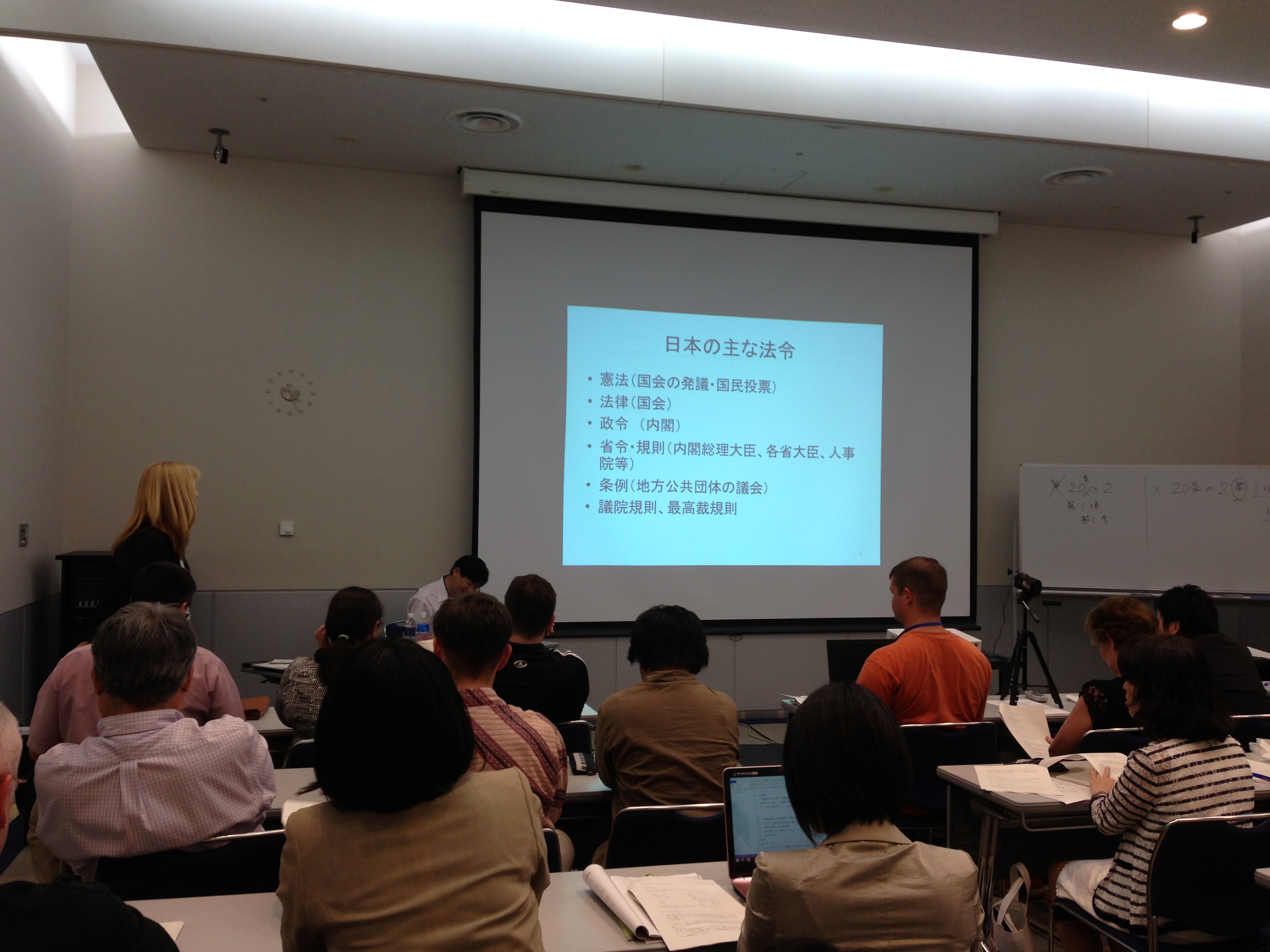 The wording of Japanese legislation is chosen with great care. And because Japan has a civil law system, the wording of legislation has tremendous importance for all legal documents. So it is important for translators to understand what legislative provisions mean. The best way to do this is to grasp some basic principles of Japanese legislative drafting, to understand which phrasings are designed to produce which legal effect. This explained some basic keys to understanding the meaning behind Japanese legal texts, and offered attendees some simple drafting exercises. It was open to all attendees – no legal knowledge or legal translation experience was assumed.

Professor Suzuki was appointed to the Nagoya University Graduate School of Law in 2002, specializing in intellectual property law. Born in 1958, he holds an LL.B. from Tokyo University, as well as an LL.M. from Harvard Law School. Professor Suzuki served at the Ministry of International Trade and Industry (now METI, the Ministry of Economy, Trade and Industry) from 1981 through 2002. His primary responsibilities included trade, intellectual property and energy policy, and in this role he was also involved in legislative drafting. Professor Suzuki is admitted to practice law in New York, as well as in Japan.

Want to see our event’s videos and photos? Become a JAT member today and have access to JAT videos, photos and more!